Introduction to Penetration Testing For Non-Technicals

- May 16, 2011
If you are a manager with a different background than IT or if you are a non-technical person wondering whether to conduct a penetration test for your organization, this article might be of help to you.

Penetration Testing Vs. Ethical Hacking?
Ethical hacking is a buzz word that became popular in the information security industry with the introduction of the Certified Ethical Hacker exam by EC-Council. Although some argue that penetration testing and ethical hacking are two different things, it's quite hard to identify any difference between the two

Why Conduct a Penetration Test?
Penetration test identifies security vulnerabilities in systems and allows the organization to fix them before an attacker discovers them. By conducting a penetration testing managers show their proactiveness and willingness to safeguard organization assets against threats. It indicates that the managers practice due care and due diligence.

Standards such as PCI DSS mandate that penetration tests or vulnerability assessments are carried out annually. If your organization is planning to become PCI DDS-compliant then the penetration tests will become a must.

How Does Penetration Testing Differ from System Audits
System audits, for the most part, are checklist-based. Auditors prepare a checklist based on the information security policies (E.g.: acceptable user policy, disaster recovery policy) or regulations or standards (such as ISO 27001). Checklists include simple questions such as when are backups taken? are backups protected? etc. The auditor might also look at certain configurations (technical level) on the systems being audited.

Systems audits are important for being complied with security policies, legislation, and standards. However, practically it's hard to find application level bugs or configuration errors that can lead to a system compromise through a system audit. Penetration tests are not alternatives to system audits, but they complement system audits and help organizations to protect systems from threats.

Simple Analogy
Let's say that you installed a new front door and a door lock for your house. You are very serious about the security of this door and the lock and decided to give the job to a systems auditor, a vulnerability analyst, and a penetration tester.

System auditor might check the aspects such as "is the door lockable?", "is the door lock higher than grade X?", "Is there a door chain installed?". If he gets a certain number of "yes’es"; compiled the checklist, he'll conclude that the door complied to the security policy(is) and/or legislation(s) and/or standard(s).

A vulnerability analyst will check under the rug if you have kept a spare key hidden. He'll also check the make and type of the door lock and see if there any known flaws in this particular make. Let's say there's a known flaw in this particular make of the lock; that it can be opened with a simple hairpin,. he'll not try to open the lock, but will tell you the lock is vulnerable.

On the other hand, a penetration tester will actually check if the lock can be opened with a hairpin. If the lock opens then he will check if he can bypass the door chain. If he can get into your house then he will keep on trying the locks inside your house up to the limit that you agreed upon before the pen-test (the scope). Finally, he'll tell you that these are the flaws and how he got in and how bad the situation is

What Type of Penetration Test is Suitable for Me?
It depends on what type of information are you trying to protect and from whom. If your concern is external attackers attacking your Internet-facing services, then do an external penetration test. If your concern is protecting internal assets from internal threats (such as employees, contractors, business partners, etc), then an internal penetration test is more suitable.

Are Penetration Tests Safe?
There's always a risk of crashing the system when an exploit is run. Therefore it's always better to take backups of the systems that you are going to perform the pen-test on. If someone guarantees you that they can do a penetration test without any risk, then they must be doing a VA - not a pen-test.

Always make sure you sign an NDA with the party contracted to carry out any security testing for you and also to issue an authorization letter clearly scoping the assignment as a pre-requisite. 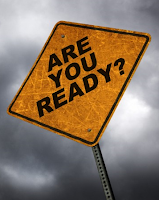 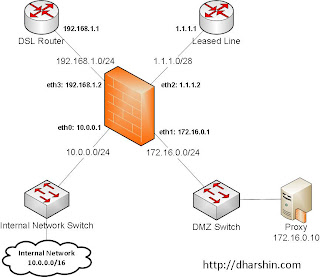